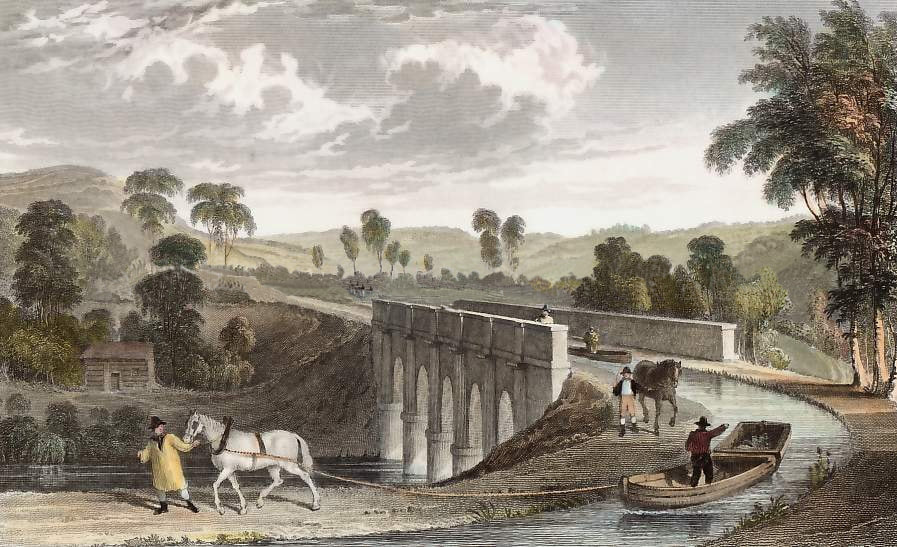 Canal Bridge is the subject of countless photographs of the Torridge valley, as well as taking a major role in Henry Williamson's famous tale of Tarka the Otter.  More correctly it was known as Beam Aqueduct in its working days, it is where the canal was taken at a high level across the River Torridge through the grounds of Beam House to skirt the base of Furzebeam Hill before proceeding onto Torrington Commons. Since the closure of the canal, the bridge has been made the main entrance drive to Beam House, linking it to the 'new' main road A386, making the old driveway to the high road between Torrington and Weare Giffard redundant. This old drive however still has two bridges standing, one over the railway/Tarka Trail and only yards away but unseen, over the course of the canal. From here to Torrington Commons is all private property of Clinton Estates, successors to the Rolle family. 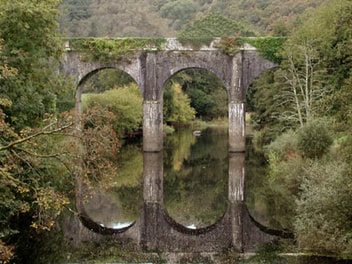 ​
​​Though now carrying a driveway instead of a waterway over the river Torridge, the five arched stone aqueduct is as sound today as when it was built some 190 years ago. It is one of the most photographed features of the Torridge valley and makes a lasting tribute to the builders of the Rolle Canal. 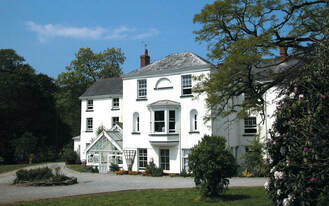 ​​The canal had followed the west side of the valley from its start at the sea lock at Landcross. However Beam House was situated in a large loop of the river, the outside of which cut into unstable rock in the steep western valley side. Therefore it was easier and safer for the canal to cross over the Torridge to the east bank and cut across the loop, passing behind Beam house. This choice of route may also have been influenced by the fact that Beam House was one of the Rolle family residences and they may have preferred not to have the canal and its workers passing the front of their house. 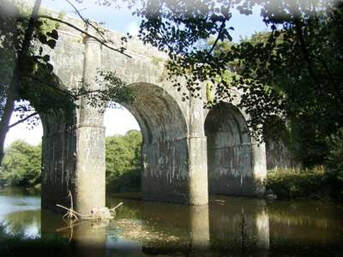 The aqueduct is constructed of five semi-circular masonry arches supported on tall stone pillars seated in the river bed. The arches are each of 31 feet span and the width between parapets is 21 feet. This accommodated a path at either side and, between them, the canal itself which would have been lined with clay to render it watertight. 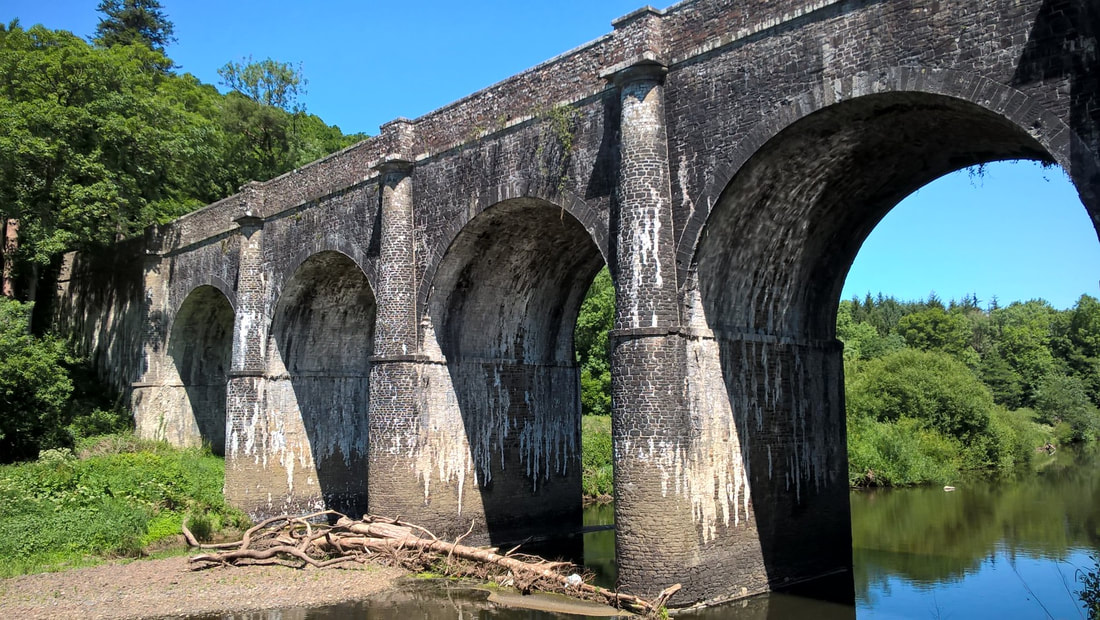 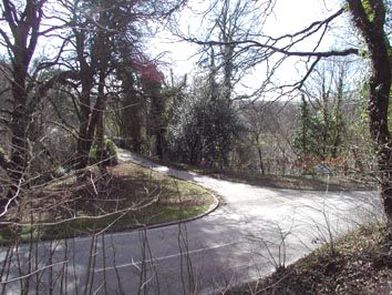 ​The entrance drive to Beam House, which is now the P.G.L. children’s activity holiday centre, is about 4½ miles south of Bideford on the A386 towards Torrington. The drive runs on the level from the main road to cross over the Torridge within a few yards on the bridge which used to be the canal aqueduct.
​

​Stone Plaque on the Aqueduct
​It bears the inscription:

​"The first stone of this Aqueduct was laid by the Right Honourable John Lord Rolle of Stevenstone in the County of Devon on the 11th day of August 1824, in the presence of the Mayor, Corporation and Feoffes of Great Torrington and other persons assembled to witness the commencement of the Canal undertaken at the sole expense of his Lordship.
James Green, Engineer" 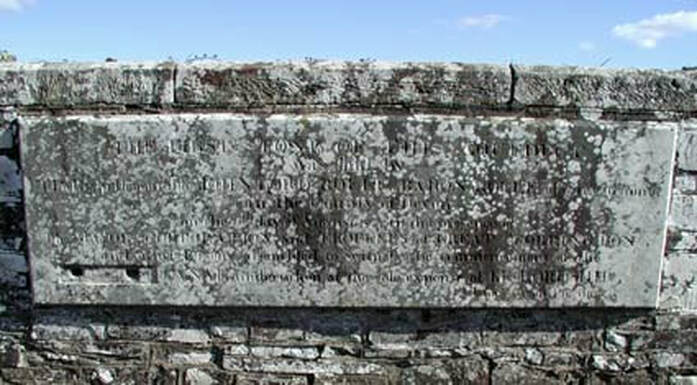