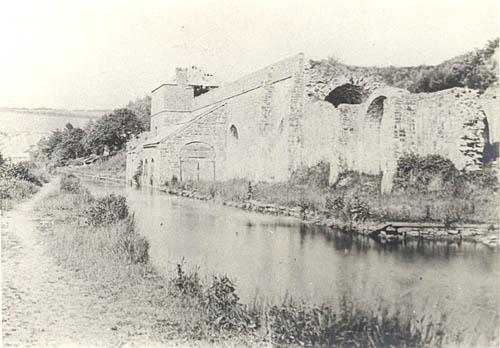 ​The Canal Basin and Limekilns at Rosemoor were the effective terminus of the canal, where limestone and coal were unloaded for burning into agricultural lime.  This area is not at present open to the public, but Rolle Canal & Northern Devon Waterways Society members, with support from RHS Rosemoor,  have been really busy over the past 3 years restoring a section of the canal, that will hopefully be open to the public as part of the gardens in the not too distant future.
Rosemoor Limekilns a few years after the canal closed. 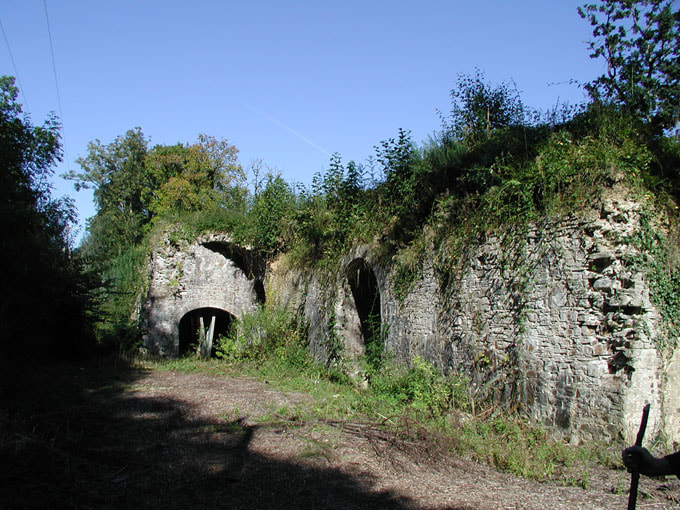 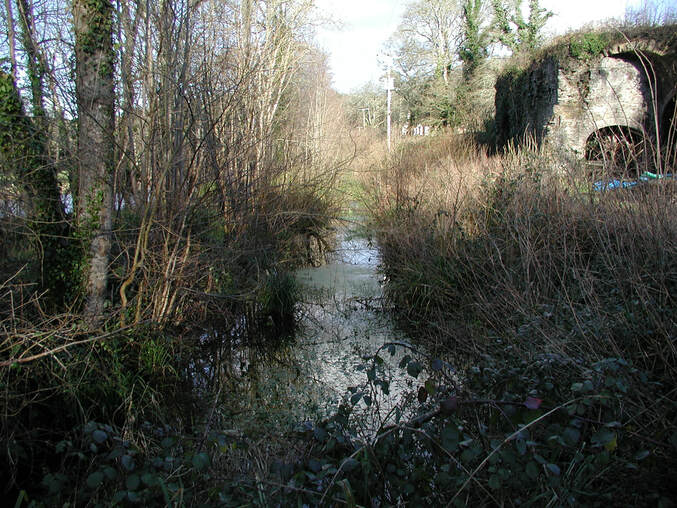 2005 before any work started on the basin 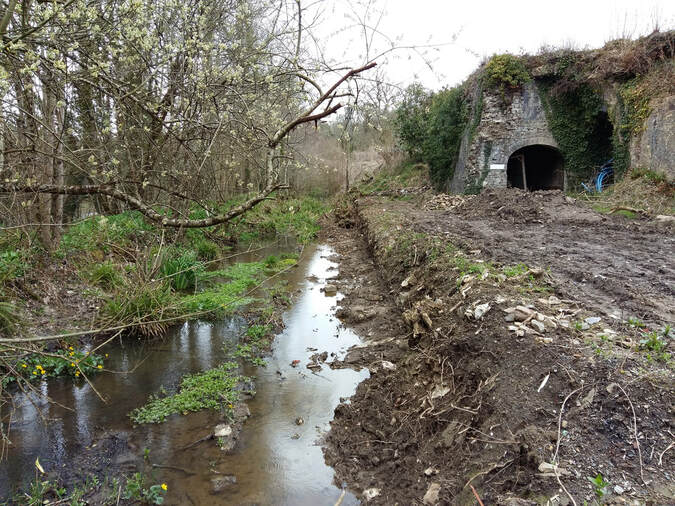 In November 2015 Rolle Canal & Northern Devon Waterways Society members and other volunteers started to restore the canal basin by the Limekilns. 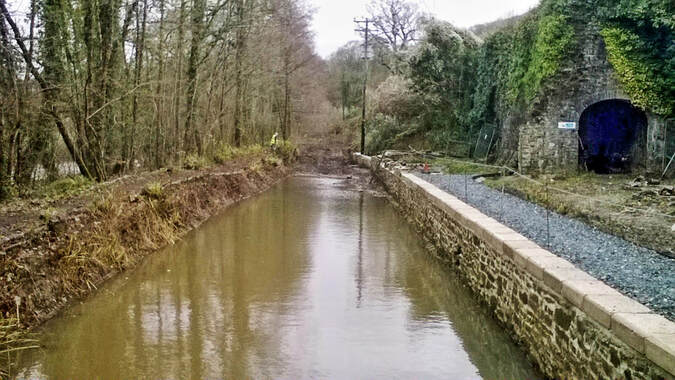 By November 2018 it was really beginning to look like a canal again. 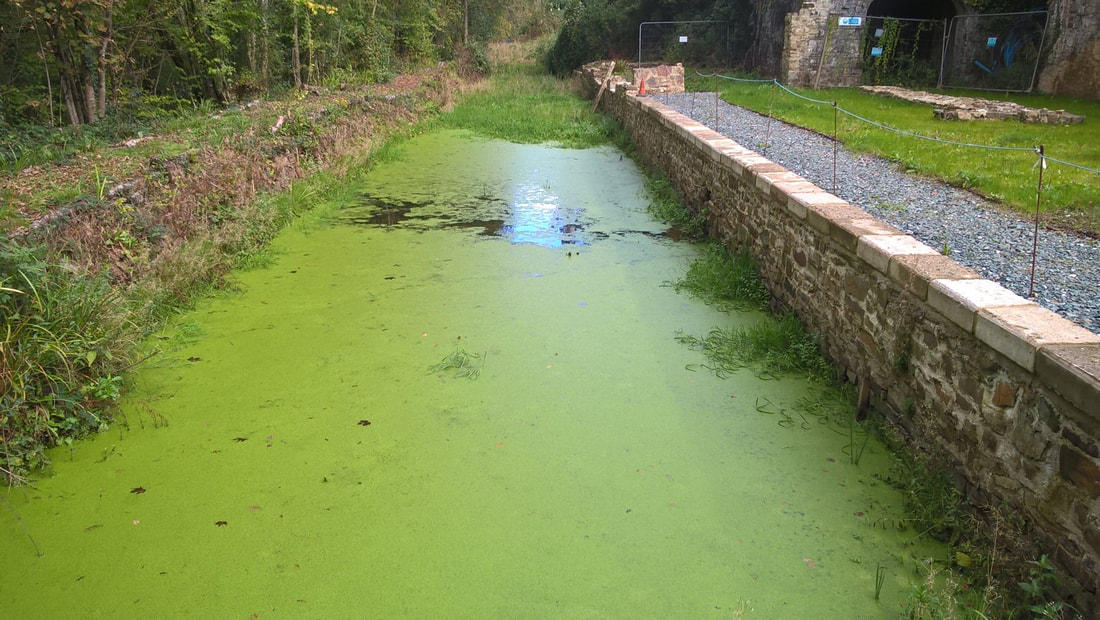 You can now see the same scene a year later (October 2019). The wall is settling in nicely and the landscaping can be seen on the right. That is water in the basin, not grass, it's just a thin layer of pondweed. 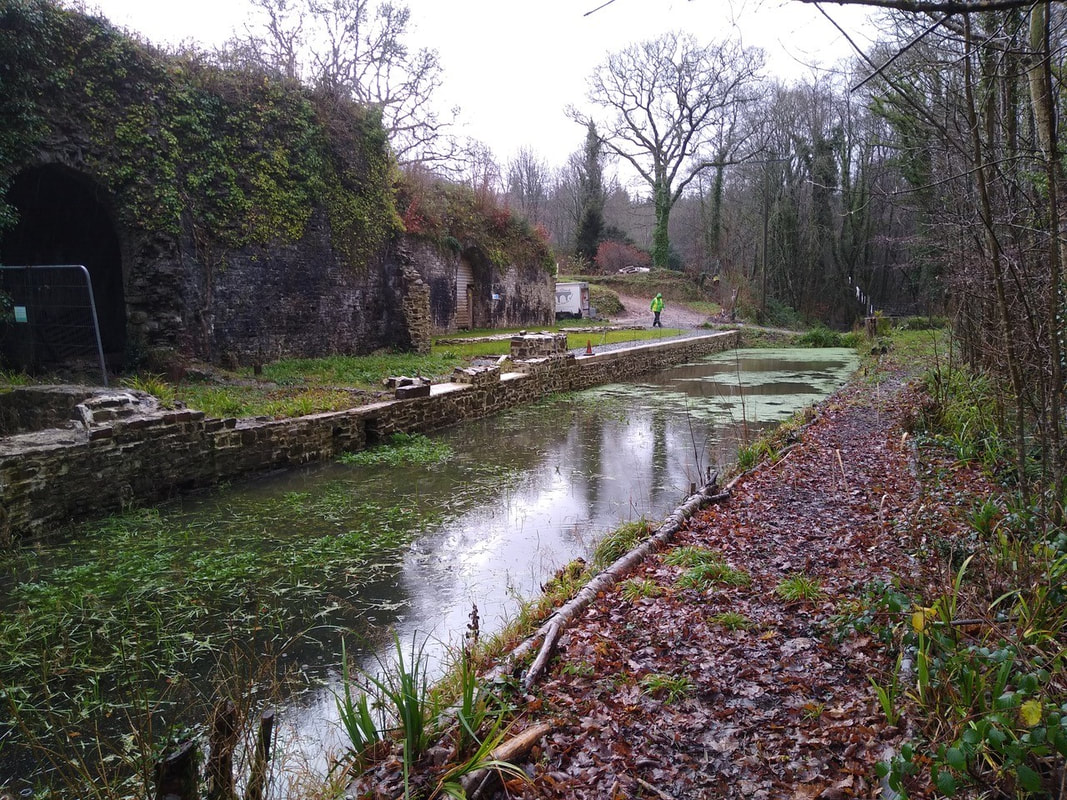 This one is from the other end of the basin, a couple of months on. (December 2019) 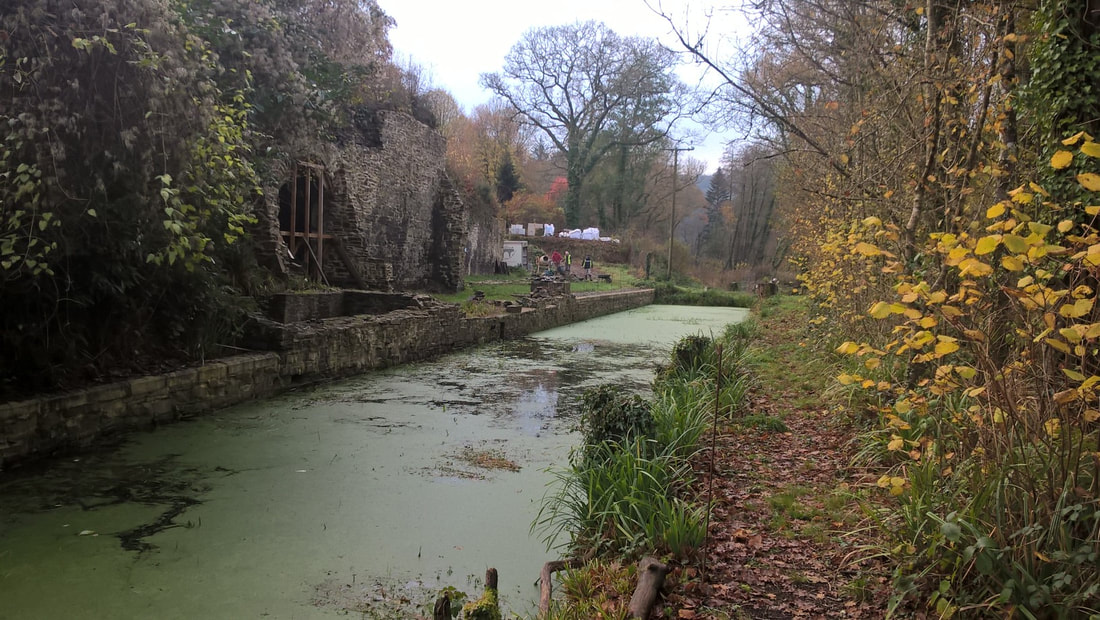