Tucking Mill
Beside the newly ​restored section of the Rolle Canal at Rosemoor are the ruins of a tucking mill. Volunteers from the Rolle Canal Society are currently excavating the area to try to piece together how this particular mill worked. 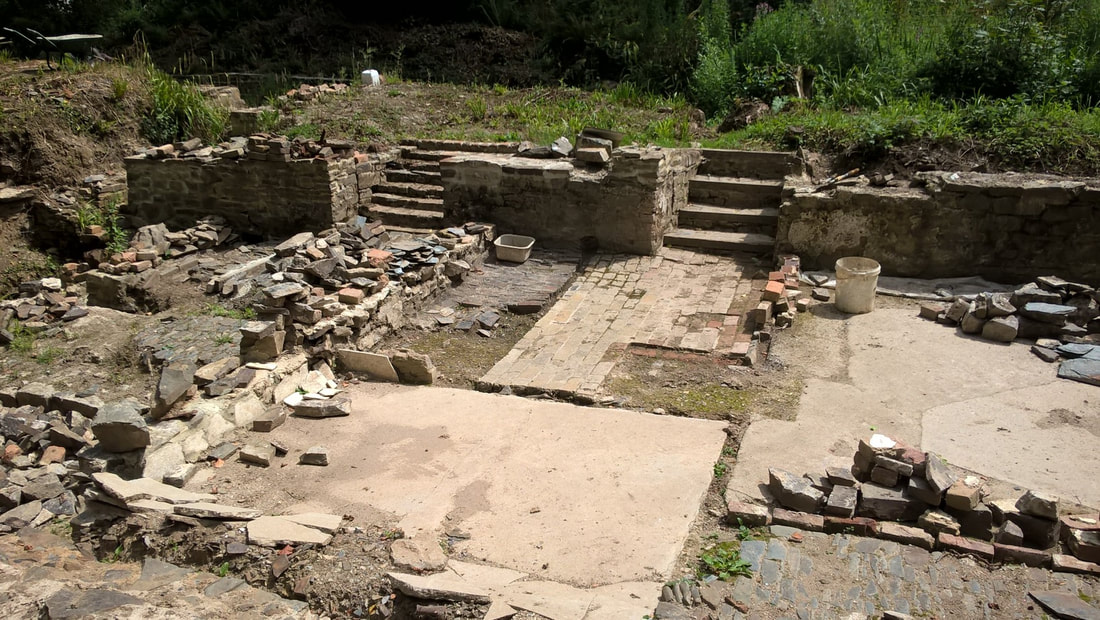 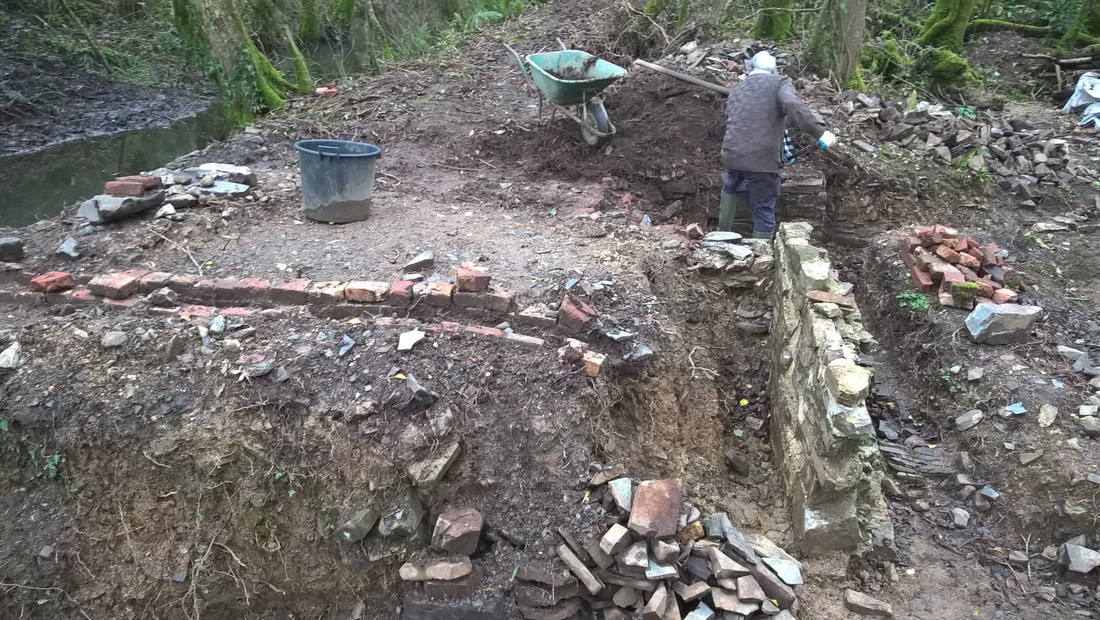 How a tucking mill worked

In the middle ages woollen cloth was woven with an open weave much like modern sack cloth.. This was ‘tucked’ or ‘fulled’ by pounding the cloth with large wooden mallets or sometimes  by treading it.  This thickened the cloth and closed up the open weave. As water power became available this was mechanised with a multitude of designs for the hammering process, based on rotating shafts with cams which raised hinged hammers which fell back onto the cloth to hammer it.  There were three processing phases.
An additional process would sometimes be added raising the nap on the cloth by brushing it with a rotating brush of dried teasels.

The woollen cloth industry was so much a part of the daily life of medieval people that many words have derived from it. eg surnames such as Tuckers, Fullers, Walkers, being on tenterhooks etc and many place names such as rack park, tenterden, mill field.

There were tucking mills scattered around the countryside which were gradually converted as factories took over the role, into grist or corn mills. Locally in N Devon there are several in various states of decay or ruin, at Weare Giffard, Rosemoor, Bradiford,  Many designs were developed and some illustrations are shown here, for the actual mechanism used.

The tradesmen’s guild of Tuckers became very powerful and a good example of this is the Tucker’s Hall in Exeter which is open to the public at times and which ably demonstrates the wealth and influence that this process and its users enjoyed. There is a model of a mechanism outside the Exeter Hall. 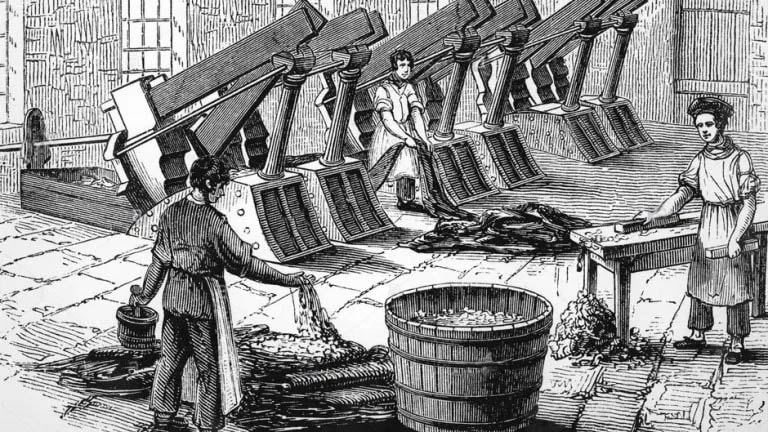